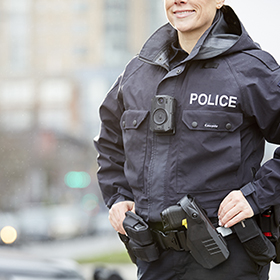 In a memorandum dated October 31, 2019, and released on November 5, 2019, President Rodrigo Duterte appointed Vice-President Leni Robredo as the co-chairperson of the Inter-Agency Committee on Anti-illegal Drugs (ICAD). The President’s action effectively placed one of the staunchest critics of the administration’s war on drugs inside its policy-making body where she can propose changes to make the campaign more agreeable to everyone.

In the United States, the use of body-worn cameras by law enforcement officers has been a common thing since the early 2000’s. So far, body cameras have done wonders for them particularly in the prosecution of crimes. Videos taken with these cameras are being used in evidence by the prosecutions to get clearer convictions. In the Philippine setting, these body cameras, aside from ensuring proper accountability and transparency, can also be used in the prosecution of offenses like in the US provided they are handled and identified in accordance with the law and the rules.

With the use of body-cams, the police cannot claim self-defense in killing drug suspects when in fact the opposite is true. At the same time, criminals cannot cry of police brutality and summary killings when they are the ones who opened fire in the first place.

The only legal issue that could particularly obstruct the use of body-cams by police officers is the potential violation of the right to privacy of the citizens. In conducting legitimate police operations like drug-raids or hot pursuit operations there is no question that law enforcement officers can wear body-cams and record the events as the right to privacy of communications cannot be applied when public order or safety requires otherwise (Article III, Sec. 3, the 1987 Philippine Constitution). However, what of private conversations between police officers and persons who are not involved in the commission of a crime? Would recordings done by these police officers without the consent of these people be considered a violation of the right to privacy? These are some of the questions that can be answered by the courts of law or pertinent governmental agencies in the future.

Check out our previous articles: